NO HISTORY, NO SELF. KNOW HISTORY, KNOW SELF.

Please find multiple versions of a research briefing our research team in the Bulosan Center produced on the impacts of COVID-19 on the Filipino community:

This is an April 2, 2020 lecture from Filipinx Experiences in America, a course offered by Dr. Robyn Rodriguez at UC Davis. To help students understand the Critical Filipinx Studies perspective that this course takes in analyzing the historical and contemporary experiences of Filipino people in the United States, this lecture provides background on the origins of ethnic studies and outlines the distinctiveness of an ethnic studies framework. There were a number of technical difficulties encountered in the first hour of the class (it is usually a two-hour session), only the second hour of the class was recorded.

An interview with Tracie Noriega, a 2nd generation Filipina-American, teen Mom, wife, and mother of 4. Tracie has been in Education for over two decades and currently serves the students of New Haven Unified School District. Her roles in the district include Director of K-12 Instruction, Tri-Chair of the district’s Equity Council, and the Lead for the Ethnic Studies Task Force. She is also the president of the Filipino American Educators Association of California (FAEAC)

Since we don’t have enough time to really look at Philippine history in this course, we won’t be able to discuss the history of Pinay Guerrilleras of WWII, a book written by my PhD student in Cultural Studies, Stacey Salinas, who is also the Senior Historian of the Bulosan Center. However, the publisher of her book has lesson plans for other educators who are able to discuss this hidden history to their students. 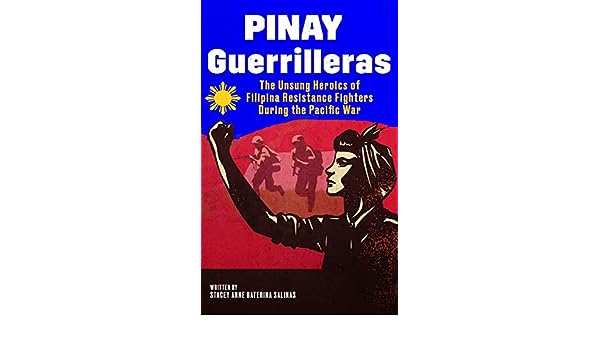 Thanks to my friend and colleague, Dr. Lucy Burns at UCLA for recording and posting this to You Tube.

Here’s a description of the event where this poem was performed:

UCLA, Powell Library. January 17, 2018: A Celebration of the book, “This Is For The Mostless.” This book is a lyrical collection of autobiographical poems, essays, fictions, and oral histories written by Jason Magabo Perez. Moving against discipline and genre, these stories and sympathies are filled with familia and trauma, and cast with wildly divergent figures both iconic and obscure such as Perez’s own mother – a Filipina migrant nurse who in 1976 was framed by the FBI for murder. Ultimately, Perez celebrates and mourns the multiple migrations and afterlives of grandmothers, gangsters, girlfriends, superheroes, and poets. This event is part of a speaker series titled “The Philippines and its Elsewheres.” It is a series that explores the politics of knowledge production, university education, and global citizenship with Filipino Studies as its launching point. It is concerned with what interconnectivity across borders enables and demands, as forms and politics of the global continually shifts. Winter and Spring quarters 2018. The Philippines and its Elsewhere is a speaker series presented by the Asian American Studies Department and the Center for Southeast Asian Studies. Sponsors include the UCLA International Studies Institute, the Institute for American Cultures, and the Center for Asian American Studies. With support from the Office of Equity, Diversity, and Inclusion, UCLA Office of Instructional Development, UCLA Library, and the Department of Comparative Literature. This event is also a part of UC Irvine Asian American Studies’s The Afterlives of Martial Law, an interdisciplinary digital archive-building project and public programs that document Marcos’s martial law (1972-1981) and its impact on Los Angeles-based communities. Professor Christine Bacareza Balance leads this project, in partnership with media organization Visual Communications, and Southern California scholars, artists, and archivists.

SO, I’m experimenting with a bunch of tech to try to make this course excited and engaging as we all try to make the best we can of this crisis.

Here’s a video I made on the course…enjoy!